2002 – An Idea Takes Hold
It all started with a news article about a new kind of fundraising. Co-founders Carol Palladini and Meredith Scott were intrigued by the concept of collective giving – a way for women to give more impactful amounts of money to local charities by pooling their charitable donations.

For those burned-out on typical fundraising, this new system promised no galas to plan, tickets to sell or tables to fill. In Giving Circles like ours, funds are raised through member donations and the vast majority given directly to nonprofits, which are carefully selected by our members.

2004 – The Women’s Fund of Santa Barbara is Born
We began with 67 members as a "Field of Interest Fund" of the Santa Barbara Foundation which handled our finances and gave us tax-exempt status.

The hope that first year was to raise $50,000. When we raised $140,000 fairly easily, we KNEW this was an idea whose time had come!"  Founding Chair Carol Palladini

2012 – The Women's Fund Endowment is Created
The endowment supports our mission and offers members a vehicle to make larger or longer-term gifts, such as appreciated assets, bequests, or memorials.

​2019 – The Women's Fund becomes an Independent, Tax-Exempt Nonprofit
On our 15th Anniversary—with the full support and encouragment of the Santa Barbara Foundation – we became our own nonprofit, governed by an all-volunteer Board of Directors which assures financial stability of the fund. The Operations Management Team handles day-to day operations with help from selected contractors and over 160 dedicated volunteers.

2021– Our Growth Continues
With membership now over 1,000 we can do more to support women, children and families from Carpinteria to Santa Barbara to Goleta and Isla Vista. We'd like to grow our impact even more and we need you to do it! 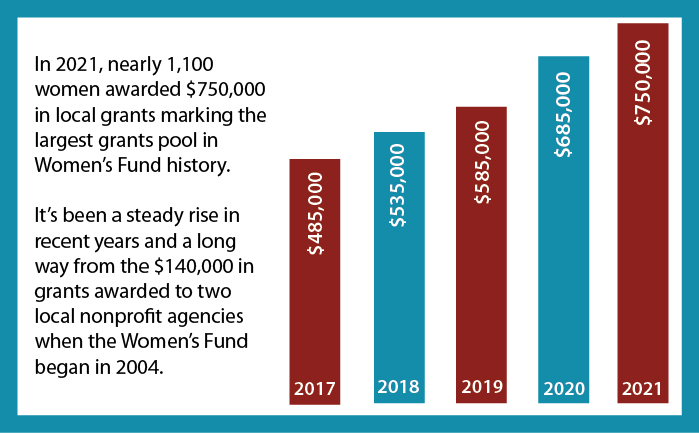 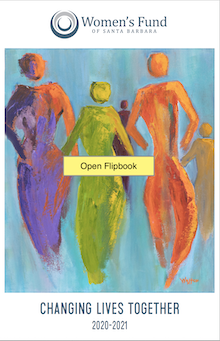