Despite growing financial strain locally and globally, the Housing Authority of the City of Santa Barbara has managed to take steps toward more affordable housing.

Rob Fredericks, HACSB Executive Director/CEO, said in a press release: “As we get to the other side of challenges, we are experiencing because of COVID-19, we can recognize some positive aspects.

“The destructive impact of income inequality and disparities in health care and housing are now plainly visible. We have... Read More 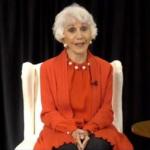 Former actress and current philanthropist Rona Barrett made a special guest appearance at The Women’s Fund Grants in Action Educational Forum “Aging in Place Santa Barbara: Obstacles and Opportunities”  on December 8, 2020. The virtual event was attended by more than 200 members and guests. Ms. Barrett’s personal life story and experiences addressing the needs of aging seniors perfectly encapsulated the key messages of two agency leaders and an academic expert who spoke about strategies for healthy aging and how communities can support their seniors, as well as obstacles... Read More

Silver lining (noun): a sign of hope in an otherwise negative situation.

It’s hard to imagine much of a silver lining in the middle of a global pandemic that has dramatically impacted our lives. But there is one. In Santa Barbara, we’ve seen new and expanding partnerships of public, private and faith-based organizations rising to address the growing needs in our community – particularly among our most vulnerable populations. And the Women’s Fund of Santa Barbara is helping... Read More 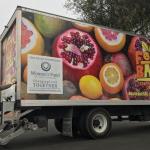 “March 9th is the day our organization changed forever,” said Erik Talkin, CEO of the Foodbank of Santa Barbara County. He was describing the challenges in moving communities from hunger to nutritional self-sufficiency during a global pandemic.

Addressing Women’s Fund Individual Members at a virtual coffee last month, Erik shared information about the dramatic increase in the need for food services, along with the need to reevaluate all of the Foodbank’s systems to ensure pandemic safety precautions.

“We have been grateful during this critical time,” he began, “... Read More

The Educational Events committee has brought cameras into the field to bring the work of Women’s Fund grantees into your living room. Here are recaps of recent Grants in Action events (with the videos in case you missed the premieres), plus a preview of more to come.

Seeing our Impact at SEE International 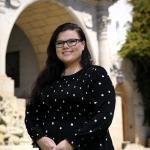 Making a Difference at the Dentist 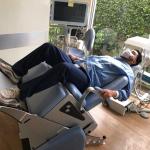 A trip to the dentist is generally not anyone’s favorite activity; however, imagine what it would be like if you were a person who used a wheelchair. Transferring to a dental chair is extremely difficult; sometimes even impossible. It is also physically challenging for a dentist to attempt to care for a patient in their wheelchair due to the fixed height and inability to adjust the for the best working angles.

In 2019, a Woman’s Fund grant of $70,000 purchased two compact wheelchair platforms for use in the Santa Barbara and Goleta Neighborhood Dental Clinics. The wheelchair is... Read More

What’s New with Research Because of COVID-19? 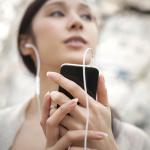 The Women’s Fund of Santa Barbara research process is one of the things that set us apart – it’s rigorous, thorough, and productive. This year, it’s also flexible. How are we working differently to meet the critical needs of women, children and families in south Santa Barbara County? And where are we in the process?

We are listening, adapting, and broadening!

No Longer a Difficult Choice at PATH 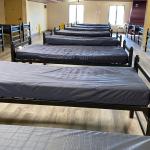 Prior to the purchase of 50 new steel-frame beds along with bed bug-resistant mattresses and covers, homeless women had to choose the protection at the PATH (People Assisting The Homeless) shelter or the streets. It was not an easy choice as one client said, “I used to hate coming to PATH because of the bed bugs. I couldn’t sleep.”

A $50,000 Women’s Fund grant in 2019 provided an improved experience for the approximately 188 women who needed shelter every year as well as significant savings for PATH’s... Read More

Member Opinion Survey – Thanks for Sharing Your Voice 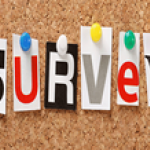 To all 491 members who responded to the Member Opinion Survey in June, thank you!! That’s a 44 percent response rate, which is great. Your feedback is essential to making sure we are meeting our mission to address the critical needs of the women, children and families in our community.

Growing from a Field of Interest Fund held at the Santa Barbara Foundation, with only 67 members in 2004, to a nonprofit with over 1,100 members today, the Women’s Fund of Santa Barbara has come a long way and made a significant impact in our community.

Growing from a Field of Interest Fund held at the Santa Barbara Foundation, with only 67 members in 2004, to a nonprofit with over 1,100 members today, the Women’s Fund of Santa Barbara has come a long way and made a significant impact in our... Read More 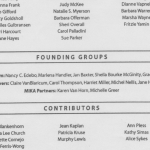 Jane helped initiate the concept of giving groups, as a way to give... Read More 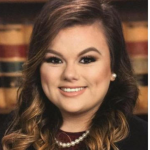 Vega joins the ILDC with extensive experience in public interest and immigration law, after time at both the Northwest Justice Project and Colectiva Legal del Pueblo in Washington. She is a graduate of the University of Idaho College of Law, where she was honored for her service to the community and her dedication to human rights work.Vega attended... Read More 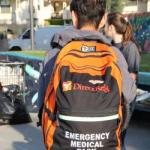 In the recent member survey, a majority of you said you’d like to learn more about the impact of Women’s Fund grants in our community. Grants in Action (GIA) events, being scheduled throughout the fall and winter of 2020 and 2021, are a great way to get more information.

Attending a GIA event, which includes both site visits and educational forums, helps you learn how the Women’s Fund grants impact the work of our grantees, expand your knowledge grantees’ work, and understand the critical issues affecting the lives of women, children and families. 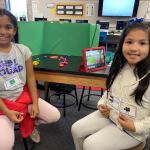 A bright spot in education in these challenging times, the Goleta Education Foundation is thrilled and grateful to announce receipt of a $65,000 grant awarded by the Women’s Fund of Santa Barbara to create a STEAM lab at El Camino School. The existing computer center, with fixed seating and outdated equipment, will be transformed with flexible seating, interactive monitors, laptops, and tablets. The lab will also be equipped with digital media production equipment, a green screen, and video design and editing software. Hands-on learning will promote student competency in science,... Read More 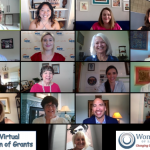 At its 16th annual Celebration of Grants held on Wednesday, May 6, 2020, the Women’s Fund of Santa Barbara awarded grants totaling $685,000 to nine local nonprofit agencies  The event marked the end of the 2019-2020 Women’s Fund grant cycle and honored its newest grantees, voted on by the membership of nearly 1,100 women. Since 2004, these generous women have been combining their charitable dollars into significant grants.  To date, nearly $7.9 million has been distributed to 111 local area nonprofit... Read More

A Message from the Women's Fund during this difficult time

These are difficult times. The coronavirus has impacted us all in so many different ways. Our hearts break for those who are enduring the virus, those exposed, and those living in areas where the numbers keep rising exponentially.

For 15 years we have been committed to helping the most vulnerable in our community—women, children and families struggling to get by. Today that work is more important than ever. So, what do we do in a crisis when critical needs change on a daily basis?

At this point, stay the course. We are known—and counted on—as a funder to local nonprofits on... Read More