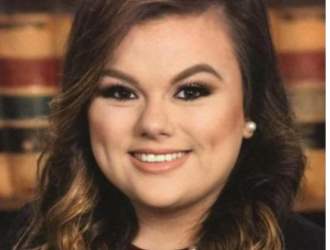 Vega joins the ILDC with extensive experience in public interest and immigration law, after time at both the Northwest Justice Project and Colectiva Legal del Pueblo in Washington. She is a graduate of the University of Idaho College of Law, where she was honored for her service to the community and her dedication to human rights work.Vega attended the University of California Santa Cruz, where she obtained a B.A. in politics and Latin American/Latino Studies, and grew up in Salinas and Santa Maria. She chose to pursue a career in immigration law in part because of her early life experience as the child of immigrant parents, where she saw her family succeed in building a secure life through struggle, persistence, and a willingness to reach out to others. She recalls, at age seven, visiting an immigration attorney with her mother, who was seeking to adjust her status. The attorney did not speak Spanish and had no translator to assist them, leaving her feeling both unheard and frustrated. “That experience left me wanting to do more, for my family and for my community, to bridge the gap for justice,” Vega said. “I see myself in the families I represent and I want to really listen to them - I want them to feel heard.”

With recent changes to asylum and adjustment laws, on top of the disparate economic and public health impact of the pandemic on undocumented people, immigrants in our community are facing more difficult challenges than ever. Of most concern to Vega “is the nearly irreparable harm of perpetuating distrust of our judicial and administrative systems for those already historically excluded from them and the impossibility of giving families the stability they seek in the United States when fleeing violence and instability in their home countries. For all those reasons we will continue fighting and showing up for our immigrant communities, especially this upcoming November."

Made possible in part by a generous $65,000 award from The Women’s Fund of Santa Barbara, Vega’s hiring comes at a critical time for the local nonprofit. The ILDC has 11 current cases and a waiting list of more than 100. With Vega’s expertise and the continuing leadership of executive director Julissa Peña, the organization is now poised to put into action a cadre of volunteer attorneys to represent its clients.

On returning to Santa Maria, a place she has always considered home, Vega says “I really worked hard to be here and it is so rewarding to be welcomed back with open hands.”

With offices in Santa Maria and Santa Barbara, the ILDC provides pro bono legal representation in deportation proceedings and civil rights education to our most vulnerable community members. For more information or to make a donation, visit https://www.sbimmigrantdefense.org or call (805) 886-9136.