For Jill, the family connection with the Women’s Fund actually started more than 10 years ago.

Jill recalls, “I was very close to my aunt, Judy McKee, and she began bringing me to the Celebration of Grants events. It inspired me to join.” Jill, in turn, introduced Susan to the group. The families have been friends since before their daughters were in kindergarten, and so it was natural for Fia and Natasha to join with their moms. 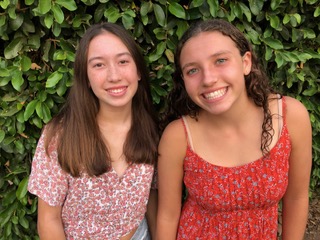 Jill says, “Having Natasha involved in the voting this year meant I paid closer attention to the information in the ballot package. It was important so Natasha and I could have good conversations about the various agencies. It really renewed my appreciation for what the Women’s Fund does.”

Fia and Natasha (Fia is on the left and Natasha the right) joined while they were still in eighth grade, so in their first year as members their moms helped subsidize their membership. This year, as high school freshmen, the two girls are starting a business to give back and earn money to make their own donations. You can learn more about the new business here.

It’s “All in the Family”

There’s a slightly different story from the aptly named “All in the Family” group, which includes three mother-daughter pairs, including relatively new members Barbara Rack and her daughter Hilary Chapman.

Barbara heard about the Women’s Fund from lunches with golfing buddies. “I always thought it was a small club within a club.  I didn’t realize how inclusive the group was for all ages,” says Barbara. 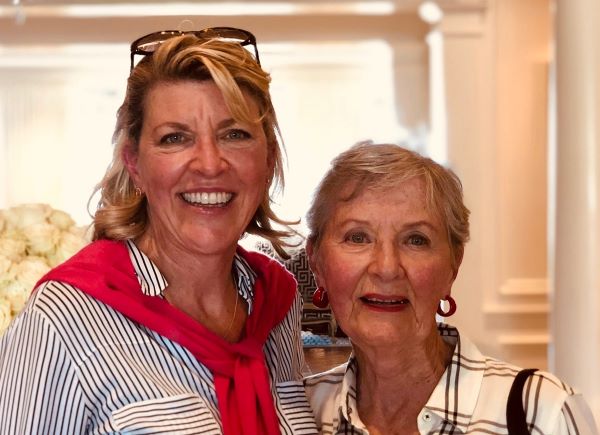 Hilary, raised in Santa Barbara, moved back here a few years ago from northern Virginia. Group Captain Melissa Gough contacted her and invited the two women to a Celebration of Grants. That was enough. They both joined the “All in the Family” group with Melissa, whose mom and sister are both part of the group.

Hilary says, “I love learning about all the nonprofits in Santa Barbara. I knew I wanted to get involved when I came back but had no idea how many agencies there were here. It’s great that we can be part of a larger group and make a difference. Adds Barbara, “I’m amazed at the power of the Women’s Fund. It’s impressive that projects get funded and completed in the same year.”

Both women say they also enjoyed their first ballot process this year, although because of Covid-19, they couldn’t attend an in-person group meeting. They did, however, get together and discuss all the possibilities.

It’s clear.  No matter what your age, the Women’s Fund is a great choice for mothers and daughters – and sisters and granddaughters and other family members - who want to make an impact in their local community.