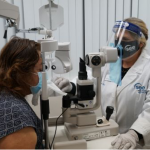 “Glaucoma is a leading cause of blindness for people over 60 years old. But blindness from glaucoma can often be prevented with early treatment,” according to the American Academy of Ophthalmology.

That’s really important to Rocio, a local woman who had been working two jobs as a janitor and dishwasher. Unemployed because of the pandemic, she suffers from this disease and needed timely... Read More 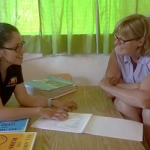 When we hear the word “coach” we normally associate it with sports; however, the Women’s Fund supported coaching of a different kind with a 2017-18 grant of $65,000 to the Children’s Resource and Referral... Read More 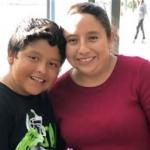 When most of us hear Isla Vista, we think about UCSB students, their academic achievements, and their parties.  There is another less well-known population in Isla Vista, residents who are poor and underserved. Isla Vista Youth Projects (IVYP) was started to support those less visible families in Isla Vista who did not have access to social supports.

Over the years, IVYP... Read More 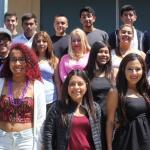 A few years back, a student came to Dos Pueblos High School angry and ready to fight with anybody who crossed her path. She had lost her mother to drugs and her father had abandoned her, leaving her in the care of her grandmother. Rarely did she ever go to class.

When the Academy for Success (previously known as The Academy at Dos Pueblos) stepped in, everything... Read More 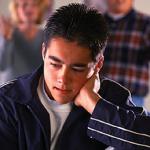 Hector's Story: Making a Difference through the Women's Fund

When Hector was 11 years old, he witnessed the torture and murder of his father and brother by the Mexican cartels. Fearing for his life, his mother sent him to live with his aunt and uncle and their children in Santa Barbara. Although he initially flourished in his new safe environment, by age 13 he had withdrawn from family and friends, becoming depressed, then violent. To some, he became a... Read More 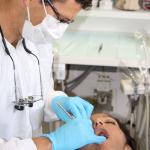 Mary's Story: a Story of Cooperation

Mary is a 33-year-old mother and the victim of such serious beatings from her husband that she could barely eat, suffering pain and humiliation from her numerous broken and missing teeth. With the help of 2009 WF grantee Domestic Violence Solutions, Mary and her 12-year-old child are now safe and her ex-husband is incarcerated.

Thanks to the Santa Barbara... Read More