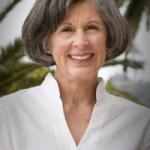 Hundreds of friends and supporters gathered at the Four Seasons Biltmore to recognize Steve Lyons and Carol Palladini for their long-standing commitment to volunteerism and the significant impact they have had throughout the community.

A League of Their Own 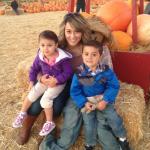 An award of $90,000 from the Women’s Fund of Santa Barbara will go to SBCC’s Single Parent Achievement Program to provide child-care support for low-income single mothers, allowing them to attend college.

"Thanks to this generous grant from the Women's Fund, SBCC is able to expand the Single Parent Achievement Program, providing one full year of exceptional child care,” said Vanessa Bechtel, executive director of the SBCC Foundation. 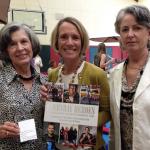 On May 19, 2014, the Women's Fund of Santa Barbara was honored at the Girls Inc. of Carpinteria Women of Inspiration Luncheon. In 2013, the Women's Fund gave a transformative grant. The grant funded a year of training for one first- and one second-year cohort (50 girls) participating in the year-round, coordinated five-year Eureka! Program. This UCSB summer program is designed to expose young women from disadvantaged backgrounds to the university experience and to careers in Science, Technology, Engineering and Math (STEM). 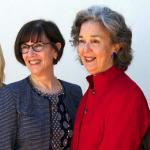 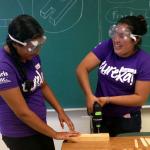 For many girls, the prospect of attending college seems like an unattainable dream. But thanks to Girls Inc. and its innovative Eureka! program, cohorts of lucky young women are learning the steps necessary to make that dream a reality.

There is no compelling reason as to why girls do not enter the fields of science, technology, engineering or math at the same rate that boys do, except for a possible lack of support from family or community along the way. The Eureka! program is designed to provide girls with that added bit of encouragement, and a whole lot more, to nudge them toward... Read More 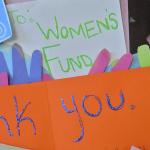 By any measure, the Women's Fund appears to be thriving. Ten years ago, it had 68 members who gave away $140,000. Today, its membership has swelled to nearly 600, the vast majority belonging to groups with names like "Instead of Shoes" or Benevolent Babes." Now, it gives away roughly half-a-million a year. Typically, the grants are pretty beefy, ranging in size from $50,000-$100,000. Over the years, the fund has given away $4.1 million to 55 groups. Of that, more than a million came in the form of matching grants provided by Ofalea Foundation and Betty Elings Wells. Santa Barbara... Read More 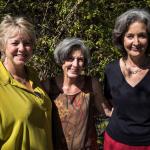 Nearly 200 members and guests of the Women's Fund of Santa Barbara witnessed the power of collective philanthropy...see page 12 for the full story.

Grants in Action: Women's Fund Members Witness the Power of Their Collective Gifts 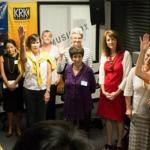 It's often said that seeing is believing, and that was certainly the case for more than 150 members of the Women’s Fund of Santa Barbara last Thursday as they toured local nonprofit agencies to see what their most recent $525,000 in grants were doing to help the community.